The FSR 2023 Executive Council candidates on the ballot are: 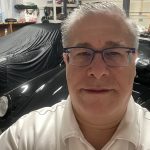 Erik Apotheker has been a member of PCA since 1988 spending 30 years in the Connecticut Valley Region prior to relocating to Virginia Beach. During that time, he was active in Golden Gate Region Time Trials and an active racer in the PCA Club race program.  His career currently involves developing sales channels for consumer-packaged goods and technology companies, as well as an upstart eCommerce consulting business. He was also involved heavily in his two daughters’ school activities prior to them starting college. He and his wife, Ruth, two cats and several Porsches, reside in Virginia Beach.  Since transferring into FSR, Erik has served as the Board Activities Officer and currently serves as its President. Erik has also co-chaired the Zone 2 Club Race at VIR, chaired last year’s event, and is scheduled to chair the spring 2023 event as well. Erik reports that he looks forward to the opportunity to continuing to work on the club evolution (“it’s always an adventure”), growing membership and expanding activities and opportunities for our membership, while fostering an engaging and fun community, where members can meet and enjoy Porsche car culture not only in our region but in those of our geographic neighbors. He respectfully seeks your vote. 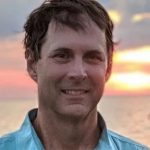 Keith Stone has been a member of PCA since May 2021 and has lived in Cape Charles with his wife Laura since 2018. He started out in FSR with a 2005 Carrera Cabriolet and now has a 2016 991 – both truly thrilling to drive. Whether it be fun-runs or weekend events it is a good mix of socializing and driving with some of the finest people and cars. Keith works supporting aerospace IT systems, but his best part-time job was Search and Rescue (SAR) in the Coast Guard Reserves at Station Mayport, FL for six years where there was almost always action. He currently serves as a small boat co-captain in the Cape Charles Yacht Club and is a member and formerly vice president of BMW Motorcycle Club of Hampton Roads. Being a member of FSR has enabled him to participate and volunteer in a sport he enjoys. He hopes to extend his participation by serving as Eastern Vice President and helping the club further its goals of membership and activities. 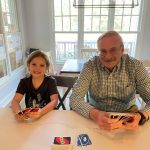 Mike Ball has been a member of First Settlers Region of Porsche Club of America since 2015. He drives a 2014 911 Carrera and a 2018 Panamera Sport Turismo Turbo. Mike and his wife, Mary, live in Richmond, Virginia, and Mary drives a 2020 Macan. Mike has lived in Richmond since 1976. He did his internal medicine and cardiology training at MCV, and was in private practice as a member of Virginia Cardiovascular Specialists, where he worked as an interventional cardiologist until he retired in 2016. Mike has been the FSR Western Vice President for the last four years. He really enjoys his time with our fabulous FSR members and their fabulous cars, and looks forward to spending more time with them. He hopes to work with the Board of Directors to increase membership in the region; increase engagement in and enjoyment of all PCA activities by our regional membership; improve communication between the members and the Board of Directors; and increase the number and variety of activities offered by First Settlers. Mike also enjoys photography and some of his favorite subjects are the members of FSR and their fabulous vehicles; he gladly shares these photos with the members. 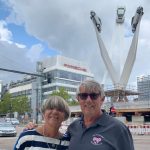 Jerry and wife, Kathy, have been FSR members since 2012, joining shortly after purchasing a new 2011 Boxster.  It is said it’s about the cars and the people, but also about giving back to the membership for all they have given them. Jerry found that out immediately, participating in all the varied activities of FSR, and forming another whole set of great friendships and bonds. The Kents came to Virginia Beach in 1994 while Jerry was on active duty with the United States Army, serving as both an Intelligence Officer and Comptroller.  He also has undergraduate and graduate degrees in business/finance. He currently is a Project Manager for a commercial general contractor. Jerry has served as the FSR Treasurer for the past two years and has indicated he is honored to be nominated again and would be proud to serve again if elected.