Habitat for Humanity – Cruisin’ for a Cause!

You are here:
Charity 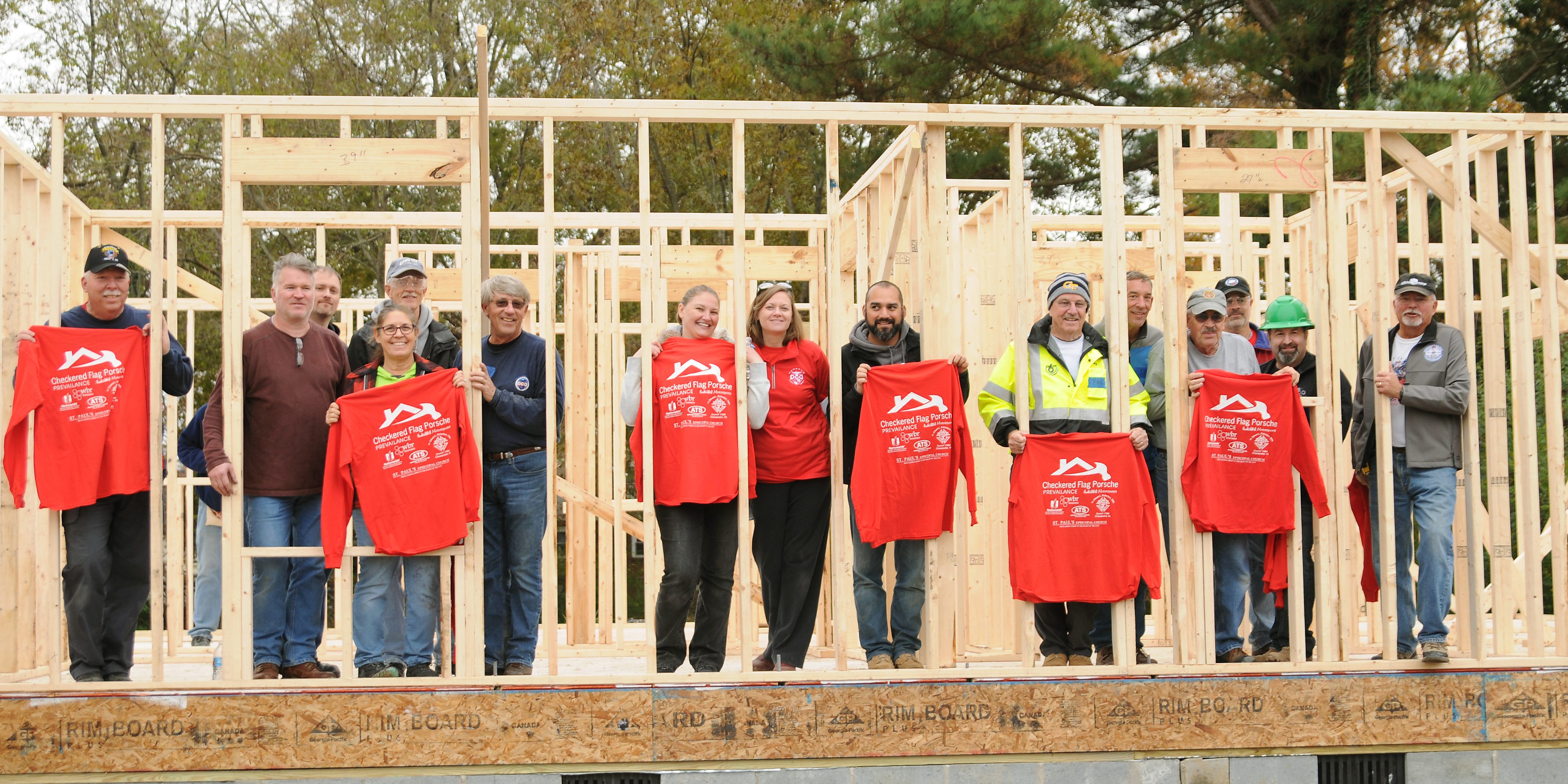 The project to build a First Settlers Region house for Habitat for Humanity that started early in 2018 took a giant leap forward in December. We held our first Porsche Club member build day with the goal of building and erecting the exterior walls. We met that goal by lunchtime! The Habitat for Humanity building coordinator made an extra run for more 2×4 studs and we kept the nail guns firing until we had all but one small interior wall erected. Well done, team!

The weather forecast was a bit dicey but our volunteers all showed up dressed for the day including several guys sporting Tim “The Tool Man” Taylor leather tool belts. We gathered for a “pre-flight” safety brief and divided into teams each led by an experienced “Red Hat” Habitat for Humanity core volunteer. The vetting process for the teams was simple; just a show of hands for anyone who has done any construction framing. It turns out several folks have done this type of work before and it showed. The Red Hats are dedicated long-term volunteers who devote their time to making sure us rookie volunteers follow the building plans and don’t get hurt. It was clear that “no previous experience” was required!

But before we loaded the nail guns, Dan Lear from Habitat introduced the family who will be living in the house we’re building. Cecilia and her eight-year-old son Mason were on hand for a brief introduction. Meeting the people whose lives will change when the house is complete made the day even more special. After Mark Hugel lead us in short prayer we pitched in and went to work.

The raised foundation, floor joists and subflooring had been completed earlier. The layout for the walls were marked on the subflooring to include opening for the doors and windows. Just follow the instructions! We thought all the nail driving would be done the old fashioned way by swinging hammers. Fortunately, that wasn’t the case and Habitat provided several pneumatic air guns. Good thing or we’d still be working on the first wall! Michele Curtis and Pam Michaels had never wielded such tools but then picked them up and fired away. You can consider them pros now!

The weather held out with some jackets shed as the day warmed up. The small team approach worked well with different groups working on different parts of the house. All hands pitched in for the lifting the heavier walls. Raising the walls were some of the most fun steps because it showed real progress and the site began looking like a house. The layout of the three bedroom, two bath home made more sense as we connected more of the walls.

We have three more build days on the calendar. January 12, February 2nd and February 16th, 2019. If you’re interest in volunteering, watch for updates on enews emails with details on how to register with Habitat for Humanity and sign up via Motorsportreg.com.

Pam and her nail gun.