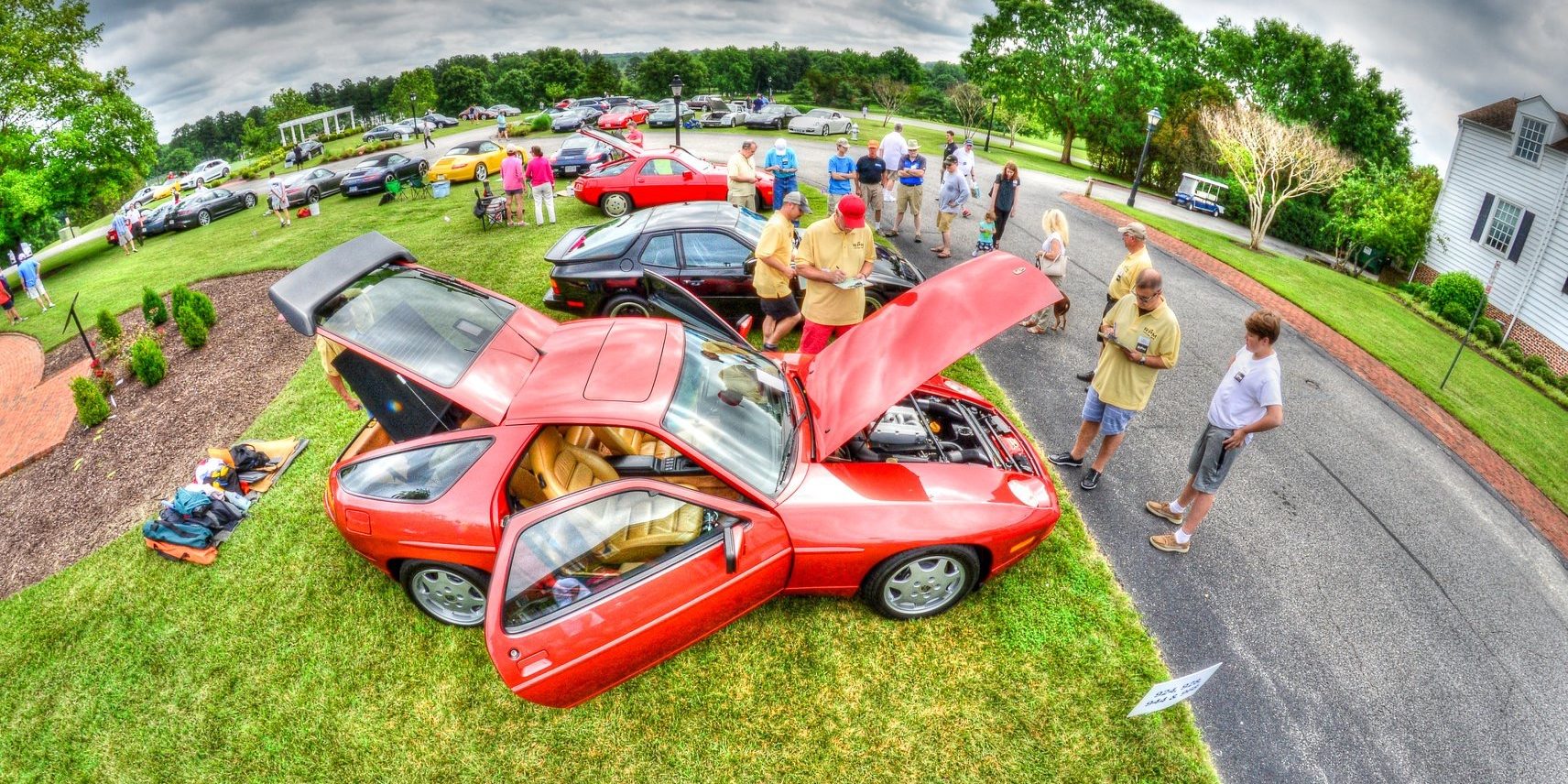 The weather forecast for northern Henrico County was less than ideal for an outdoor event this past June, as concours participants began staging for Shenandoah Region’s 22nd annual Richmond Porsche Meet (RPM). It scared some folks away, but the stalwarts and optimists, about 60 of them, pressed on with the pre-event ritual of last minute dusting and primping on the lawns of the beautiful Virginia Crossings Hotel and Conference Center in Glen Allen, working though the rather warm morning sun and thick humidity.

Within an hour, the judges began making their rounds amongst the eight classes of cars, poking and prodding, getting the story about each car from owners, and filling out scoresheets. Shortly thereafter, spectators filled the lawns, enjoying the scenery of their favorite marque, meeting friends, making new ones, and learning about their prized rides.

Not all cars on the lawn were polished and waxed to the nines. A number of daily drivers and “barn finds” garnered some attention, like Bob Arner’s early ’76 930 Turbo Carrera… cracked paint and rust included… and the LeBlancs, who drove down from Quebec with their ‘80s slant-nose Turbo.

RPM isn’t only about the concours. The multi-event weekend included a Hospitality Suite, lunch buffet, an afternoon fun run to the historic Hanover Tavern, awards dinner, and finally, the traditional RPM Autocross at Richmond International Raceway on Sunday.

Twenty-two years…. That’s a long time to run an event. In 1997, Alex Smith hatched the idea of a multi-event Porsche weekend that could be a hallmark for the small PCA region. For the next 10 years, his home was the Concours site. When the event outgrew the space, it moved to another member’s riverfront home, then another. In 2016, the Virginia Crossings Hotel and Conference Center became the event location, with plenty of lawn space, onsite dining and lodging and even a few coveted covered parking spaces… the perfect venue.

So, after all those years you’d think they’d have it figured out… and they do. RPM 2018 was another well-conducted, thoroughly enjoyable weekend. If you’ve never been, I encourage you to support our Shenandoah Region neighbors and check it out next year.

Incidentally, the rain held off until early evening on Saturday – then buckets for several hours. We were back from the Hanover Tavern Fun Run with cocktails in hand at the Hospitality Suite well before all that. A class win and recognition as the Euroclassics Porsche Show Favorite for a certain Coral Red ’91 928GT made the weekend just about perfect.

A nice variety in the corral.