Seven Cool Facts About the Porsche 928 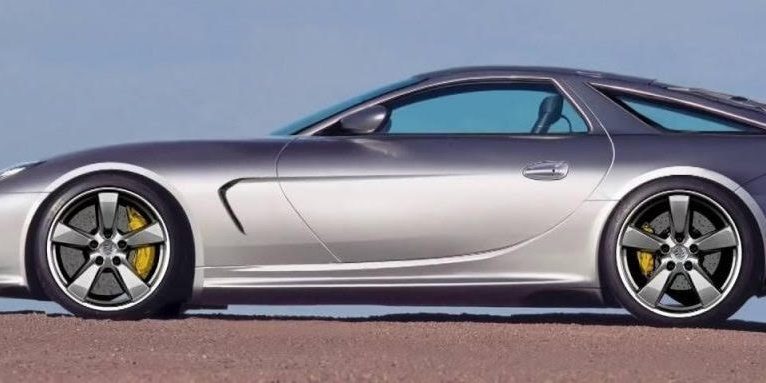 Last year, as the second-generation Porsche Panamera began arriving in dealer showrooms, its spiritual predecessor, the Porsche 928, celebrated its 40thanniversary. The 928 is a unique car that was in many ways significantly ahead of its time. Even today, it invokes many oohs and aahs when one rolls through town. And for many, it served as a poster child for many people’s dream car, particularly for those who grew up in the 1980s.

By the mid-late 1970s, Porsche was increasingly seeing the 911 as a car that was nearing the end of its evolution. The 928, along with the entry-level 924, were supposed to herald a new era of front-engine, rear-drive Porsches that would feel easier and more modern to drive. In fact, the 928 was seen as the brand’s flagship product, ahead of even the mighty 930-series 911 Turbo. The 911 is still extant in the lineup today, while 928 ended production more than two decades ago.

On August 7, 1986, famed American IMSA racer Al Holbert took a pre-production 928 S4 to the Bonneville Salt Flats for a few sprints. He went on to clock in the flying mile at 171.110 mph and the flying kilometer at 171.926 km/h, making the 1987 928 S4 the fastest naturally aspirated production car in the world at the time. Later that year, the 928 S4 supposedly went on to run a 180-plus mph top speed at Italy’s famed Nardo top-speed ring.

The 928’s futuristic design and status as a luxury vehicle for the jet set crowd garnered it a fair share of screen time. It was the star car in several classic big screen hits of the 1980s, including “Weird Science,” “Risky Business,” and “Scarface,” which is also one of the reasons why the Porsche 928 became an icon and an enthusiast’s dream.

Offered from 1993 to 1995, the 928 GTS received a revised V-8 that was bored and stroked to a 5.4-liter displacement, equipped with the latest four-valve-per-cylinder heads, and mated to a new four-speed automatic. The result was an output of 345 horsepower and a 0-60-mph time below 6 seconds. With 928 sales already at their lowest point due to the model’s age, Porsche only sent 407 examples of the 928 GTS to the U.S.

It might seem backwards to put an automatic in a Porsche, especially one from the 1970s or 1980s. But the manual in the 928 was not at all a shining moment. In the example I drove, it functioned as if it was lifted from a Volkswagen Bus instead of a Porsche thoroughbred. Even when the 928 was new, the automotive press noted that its manual was not a particular strong suit and, as a result, the automatic was the way to go. Further reason to delete the third pedal is to emphasize the effortless, luxury grand touring persona of the 928.

The Porsche 928 was one of the earliest production cars to utilize aluminum throughout its construction. Along with the weight reduction, aluminum also means the Porsche 928 is resistant to rust. Additionally, rust-resistant galvanized steel was employed for the floor pans, roof, and rear quarter panels. There’s actually a saying in Porsche enthusiast land that if you see a 928 with extensive rust, run in the other direction as something really bad clearly happened during its life.

Not only does the 928’s transmission sit at the back for better weight distribution, but the transaxle is home to one of the 928’s signature features: the famed Weissach axle. Named after the Porsche R & D center where it was created, this rear axle design is bespoke to the 928. Its purpose is to increase the amount of cornering grip and stability by eliminating the toe-out tendency caused by mid-corner throttle lifts. This translates into incredible mid-corner composure and grip and with the 928’s 50/50 weight distribution, made it not just fast in a straight line but in the corners as well. The Weissach axle is one of the earliest passive rear-wheel steering setups and a precursor to active rear-wheel and even four-wheel steering systems.

There are nine 928 owners in First Settlers Region.